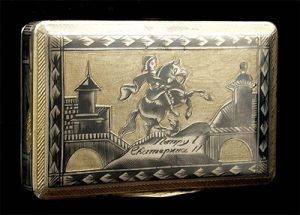 It is unlikely that you will immediately find a small circle on the map, next to which are two words: “Great Ustyug”. We will show you – look at the very north of the Vologda region. Found? Today we will make a little trip to this city.

To begin with, his name reflects both geography and history. One of the oldest cities in northeastern Russia, Veliky Ustyug was founded where the South River flows into Sukhona. Hence the second word of the name – Ust-South. And the first … Sukhona shipping is a tributary of the Northern Dvina, the largest river in those regions. Guess? Yes, the city stood on a busy water road and three hundred years ago was a major trade and craft center of northern Russia.

Years, decades, centuries passed. The country’s economy was changing, railways were being built. Until recently, Ustyug was away from them and gradually turned into a small quiet city, keeping in its guise the traces of old eras. About six o’clock the ship goes to him from Kotlas up the Sukhona. And when on the left bank a panorama of Ustyug opens with a characteristic roll of slender bells, his name – the Great – will come to life for you. And in the imagination there will be paintings of the XVII century, when these monuments were lifted and when art, which the Great Ustyug is famous for so far, was born.

However, it would be more correct to say – the beginning of gaining strength here, because Russian jewelers used the technique of aiming mobiles for silver (and sometimes for gold) since ancient times and their works were famous far beyond Russia. Products with niello were distinguished by the beauty of drawings, the special charm of blue-black patterns with gilding.

A few words about technology, for in folk art it is never something external to the very spirit of the work. Imagine pieces of solid, but rather fragile dark gray mass – a sulfur compound of copper, lead and silver, fused in a certain ratio. They are broken, crushed into a powder, which is called mobile. The surface of the product is pre-prepared: the master engraves one or another pattern on it, taking out the metal in places quite deep. On such a pattern they impose a moistened black in the form of a dark gruel, and then they burn it. The composition melts, filling even the smallest indentations and covering the metal with a hard crust. It is carefully removed with a file – and a graceful pattern gradually emerges. The mob has melted so firmly that it does not fall out, even if you forge such silver.

Silver ministers of many Russian cities and masters of the Armory Chamber in Moscow loved this noble technique and left us a legacy of magnificent works. And in the second half of the 18th century, Veliky Ustyug became the most famous center for the production of silver blacks.

Probably, Master Mikhail Klimshin spent a lot of days on the road, getting from his native city to Moscow. It was winter, at the very beginning of 1745 he was driving to the call of the Chief Magistrate with his tools to the Moscow merchant Vasily Kunkin. For about a year, a master worked in the capital, teaching the local jewelers, that’s how the art of the Klimshins was appreciated! Apparently, the Moscow silversmiths have learned a lot: many of their works from the second half of the 18th century have survived.

In Veliky Ustyug blackened business flourished. In 1761, the brothers Stepan and Afanasy Popov opened a factory, which produced silver and black products, as well as enamel dishes with silver plates. Masters who lived in the city, came to the factory. Their products glorified Ustyug: then fashionable snuffboxes, caskets, trays, boxes with entertaining story drawings enjoyed great success in Moscow and St. Petersburg.

At that time, in other Russian cities – Kostroma, Vologda, Tobolsk, blackened products were also made, not without the influence of the Great Ustav masters. But nowhere these things were not so diverse and beautiful in form, as in Veliky Ustyug, nowhere would you find so many attractive plots and such a beautiful jewelry decoration.

15 years existed factory Popovs. Then one of the fires from which the city often suffered, destroyed the building. The owners were devastated and could not recover their work … But the northern mob did not die – the masters continued to work. Worked families. Archival materials preserved the names of the most famous jewelers. Famous, for example, the genus Zhilin. Here, from generation to generation, the mastery of the silver craft, the secret of cooking mobiles, and drawings for pointing it were transmitted.

Essentially, it was a bar engraving, akin to the book graphics of the time. And indeed, the illustrated book and engraving served as an aid to masters who knew how to use them wonderfully for decorating bottles, caskets, snuffboxes. Especially loved the theme of travel, walking, hunting.