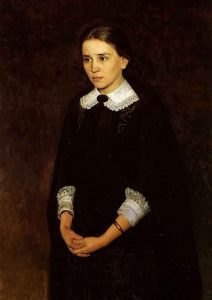 There are destinies that strike the imagination with unusualness and inner completeness — such is the life of Pelageya Antipevna Strepetova (1850–1903), difficult and bright, full of dramatic turns. At the age of seven she first appeared on the stage. She was not yet fifteen, when she became a professional artist. And after a while rumors about her brilliant game began to spread throughout Russia. The very first performances of the provincial actress on the stages of Moscow and St. Petersburg literally stunned the theater audience, gave rise to the sincere admiration of some and the same sincere hostility of others. END_OF_DOCUMENT_TOKEN_TO_BE_REPLACED